Standing on the shoulders of the 1950s, we now move on to examine the two most influential artists of the decade which followed, and we’ll begin with a young folk singer from Minnesota . . .

Actually, for the moment, let’s combine Bob Dylan and The Beatles (the group we’ll check out in the next installment) since they share a commonality which propelled them both to greatness: simply put, they chose to ignore the rules.  In fact, they chose to destroy them.

I know all singles prior to now have been 3 minutes or less, but can I release “Like A Rolling Stone” as a six-minute single?  Sure, Bob.

I know all albums up to now have had two sides, but can Blonde On Blonde have four?  Sure, Bob.

Can I write about how jewels and binoculars hang from the head of the mule? Um, yeah, whatever you want, Bob.

More than anything, Dylan’s strength lay in his lyrics. He managed to fuse the emotion and storytelling of folk music with the richness and complexity of French symbolist and American beat poetry. Then he went on to electrify it and put it over a rock & roll beat. Folk purists hated him for it, but young America made him the new high priest of hip. For a generation seeking a new language, Dylan became their Shakespeare. Here’s the least you need to know:

The Essential Bob Dylan  No compilation album adequately tells the story.  Even the multi-disc box sets don’t do Dylan justice unless you get two or three of them and combine all the songs.  However—as with most artists—a compilation is still necessary to fill in the gaps (unless you plan on wading through all of his albums—a somewhat herculean task, to say the least, especially in the 80s) but can also serve as a good introduction.  The Essential covers the basics, as does the

three-disc set titled Dylan.  Also, The Bootleg Series Volumes 1-3 features rare and unreleased songs and excels as an alternate history in conjunction with one of the aforementioned sets. Unfortunately, those titles are unavailable on Spotify [*], but luckily they have everything else in Dylan’s catalog.

The Freewheelin’ Bob Dylan (1963)  The best of Dylan’s acoustic folk albums. Runs the gamut from harrowing anti-war protests, to pop hits (well, they were hits for other artists), to humorous nonsense tales, to gentle love songs, to sad love songs, to funny anti-war protests. Freewheelin’ serves as an apt title for the album as Bob careens through styles. Check: Blowin’ In The Wind & Don’t Think Twice, It’s All Right

Bringing It All Back Home (1965)  Dylan goes electric (half-electric actually . . . the second side stays acoustic). You wouldn’t think this would be such a big deal but it proved incendiary at the time. Betrayal never rocked so good. Check:  Subterranean Homesick Blues & Mr. Tambourine Man

Highway 61 Revisited (1965)  Firing on all cylinders. Dylan’s weird, warped, wonderful take on the blues and rock.  For me, his best album of the 60s. Check: Like A Rolling Stone & Just Like Tom Thumb’s Blues

“The Royal Albert Hall Concert” – Bootleg Series Vol. 4 (1966)  Best known as the concert where an audience member shouts out “Judas!” at Bob. An important document in rock history, but also the best Dylan ever sounded live with killer 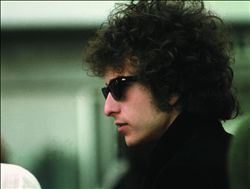 backing from the group later known as The Band.  Two months after this show, Dylan would wreck his motorcycle and disappear from view. Check: Ballad Of A Thin Man & It’s All Over Now, Baby Blue

The Basement Tapes (1967)  While recuperating from his accident, Dylan and members of The Band set up a basic recording studio in the basement of a house in Woodstock, NY and recorded non-stop : new songs, cover songs, traditional songs, made-up-on-the-spot songs. Over 100 songs. And then they abandoned them. A handful served as demos for other artists (this is how Manfred Mann got hold of “The Mighty Quinn”). Some of the tapes leaked and become the basis for the first rock bootleg, The Great White Wonder. This whittled-down collection finally saw the light of day in 1975.  Check: Please, Mrs. Henry & Yea! Heavy And A Bottle Of Bread 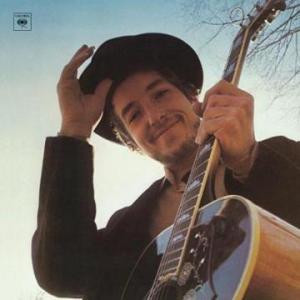 Nashville Skyline (1969)  Laid back and relaxed.  A Dylan nobody was really familiar with. While not quite as classic as earlier albums, it established itself as one of the cornerstones of country-rock.  Check: Lay, Lady, Lay & I Threw It All Away

Blood On The Tracks (1975)  A masterpiece.  The culmination of the confessional singer/songwriter movement of the early 70s.  Dylan denies this album has anything to do with the slow dissolution of his marriage, but everyone else begs to differ.  Always keep in mind, Dylan is an unreliable narrator, both in his songs and in real life.  Check: Tangled Up In Blue & You’re Gonna Make Me Lonesome When You Go

So many albums . . . and about a dozen more just barely missed the cut.  Seriously, this is to the bone. But the above comprise the core albums in terms of influence and historical importance, popularity and critical acclaim.  They are the ones you must know. So where should you go next on your journey through Bob? Finish out the rest of his 60s albums, hit Desire and the rest of the 70s, jump to his last three  albums from the 00s, then his entire Bootleg Series . . . I could go on.  With that list I’ve just added about 20 albums and almost all of them are considered classics or near-classics. That’s the depth of Dylan’s catalog.

No one said becoming a music geek would be easy.

*. For anyone who doesn’t know, clicking on any word or title in bold maroon will take you to a program called Spotify. It’s a must for music lovers since you can listen to thousands of songs there by signing up for the service.  It’s completely legal and it’s free on your home computer or laptop.  On tablets and phones there’s a fee.

5 thoughts on “The Story: Bob Dylan”