Song Of The Week: “Louie, Louie” by The Kingsmen 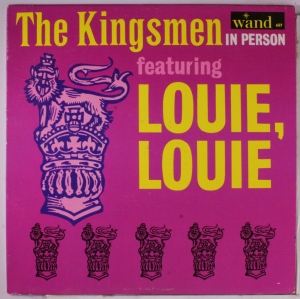 It’s a song almost everyone knows. It’s played on the radio every day. High school marching bands across the land know it (and loathe it). It’s one of the first songs teenagers learn to play on the guitar due to its simple three-chord structure. And it’s become one of the most recorded songs in pop history with countless cover versions.

Time for a history lesson. Here’s what went down:

In Los Angeles, small-time R&B singer Richard Berry, after appearing uncredited on a couple of big hits in the early 50s, decided to start writing his own material. Inspired by the rhythm of a song called “El Loco Cha Cha,” Berry penned “Louie, Louie,” which served as the B-side on his own debut single released in 1957. The A-side didn’t attract much attention but “Louie, Louie” became a minor hit in southern California. 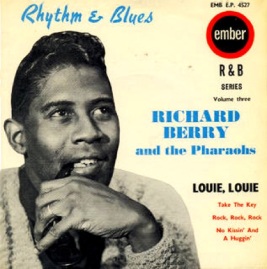 That should have been the end of the story. But the song started making its way north over the next few years. It began to receive radio play in the Pacific Northwest and a few bands started to play it in the clubs. In 1961, Rockin’ Robin Roberts & The Wailers were the first to commit the tune to wax. They dropped the Latin/Coasters influence and rocked it up, and subsequently even more bands in Washington and Oregon added it to their repertoire.

In 1963, two bands from Portland went into the same studio within a week of each other—purely by coincidence—and laid down their own versions of “Louie, Louie.” Paul Revere & The Raiders already had a small amount of national name recognition due to a minor hit a couple of years prior, and their rendition started picking up momentum on the west coast. The other group was a bunch of teens who had only been inside of a recording studio once before.

They were called The Kingsmen. 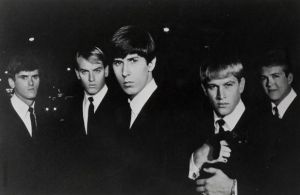 The Kingsmen were not happy at all with their second experience in a studio. Lead singer Jack Ely had brand new braces put on the day before. He arrived at the studio to find the vocal mic suspended up by the ceiling, meaning he had to tilt his head back and shout the song to be heard above the other instruments. After the guitar solo, Ely starts the verse too early and the band has to quickly cover for him. At this point, it sounds like Ely forgets the lyrics and starts making up gibberish.

The Kingsmen thought this performance would be a warm up for the real thing. It wasn’t. They were only allowed to do the one take, so what you hear today is what they recorded live in a few short minutes.

The Kingsmen’s version of “Louie, Louie” started selling on the east coast when a DJ—amused by their ramshackle but spirited performance—played the single as his “Worst Record Of The Week.” Teens loved it. In no small part because the nearly unintelligible lyrics were thought to be filled with smut. (It’s easier to understand the lyrics now with modern speakers, but at the time the song was likely heard in mono, through one small speaker, probably on a transistor radio.) The FBI spent nearly two and a half years investigating the song, and many stations banned it. Paul Revere & The Raiders didn’t stand a chance against a totally rocking—and possibly obscene—novelty like this.

Inadvertently, The Kingsmen created one of the first—and bestselling—records of the genre that would later be labeled “garage rock.”

2 thoughts on “Song Of The Week: “Louie, Louie” by The Kingsmen”