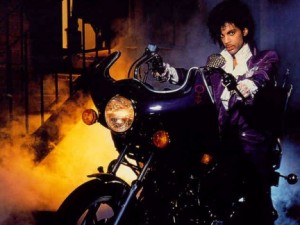 The Purple One. Joey Coco. Paisley Park. Christopher. The Artist Formerly Known As Prince. And, of course,

Prince is a complex, multi-faceted dude, known—like the wizards and warriors of old—by many names (and one unpronounceable symbol). As a teenager in Minneapolis, he got his first record contract with Warner Brothers based on his demo recordings. The tapes were so impressive he was signed to a three-album deal with complete creative control. 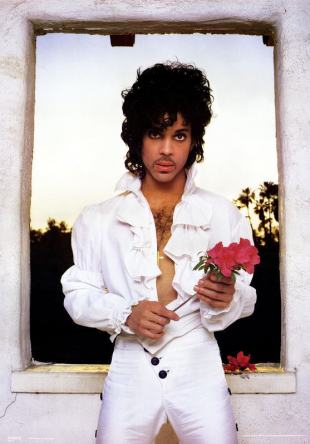 In a staggering display of talent—and perhaps a little control freakitude—Prince produced his first five albums himself, as well as playing all the instruments. (Although he’s utilized bands such as The Revolution and The New Power Generation, his one-man-bandness became enough of a cliché over the years that Smog wrote a song in the mid-90s called “Prince Alone In The Studio” about the loneliness of being Prince at 3 in the morning attempting again and again to perfect a guitar track.) As if his work ethic needs more evidence, as of 2010, he had released 32 albums in 32 years.

But wait! Prince can also play the guitar like Hendrix and dance like James Brown — all while wearing high-heeled boots (seriously, he’s only 5’2″ — like a sexy funk-pixie). Even his leftovers and B-sides go Top 10 for other artists (Sinead O’Connor “Nothing Compares 2 U,” The Bangles “Manic Monday,” Chaka Khan “I Feel For You,” Sheila E. “The Glamorous Life”).

So dream if u can a courtyard — an ocean of violets in bloom. Here’s the least u need 2 know: 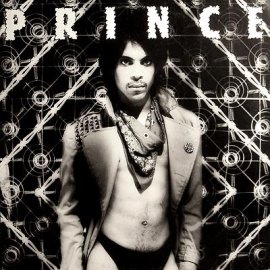 Dirty Mind (1980) Prince—alone in the studio—lays down the future sound of synth-rock. If explicit lyric labels existed in 1980, this album would qualify. Prince likes the sexy talk. Plus, how can you not love that cover? French-cut bikini with bandana? That’s a bold statement. Check: Dirty Mind & When You Were Mine

Sign ‘O’ The Times (1987) Prince’s White Album. A double-record showing just about everything His Purpleness can do, from funk to pop to rock, from slow jams to guitar freakouts. Check: U Got The Look & If I Was Your Girlfriend 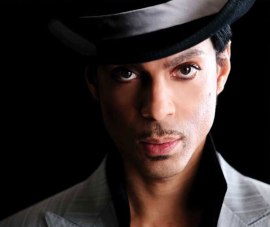 The Very Best Of Prince It doesn’t quite cover everything (no “Batdance”!) but it’s the best single-disc option. A powerful hour of hits, and some of the finest music the 80s has to offer. Check: Kiss. & Cream

Prince had a remarkable run of recordings from 1980 to 1992 with a number of classics and near-classics. You basically can’t go wrong. Even picking an album at random, at worst you’ll still hear above-average pop and R&B with sublime moments.

I was dreamin’ when I wrote this, forgive me if it goes astray.

4 thoughts on “The Story: Prince”