I have a lot of catching up to do. So we’re going back to 2013 for a couple of weeks to look at a few albums I didn’t get around to enthusing about. Let’s round ’em up.

Let’s oversimplify: Bob Dylan meets Dire Straits. (That combo actually did collaborate in the late 70s/early 80s but the results were mixed.) My guess is that Los Colognes would either love me or hate me for that comparison.

To be fair, the rest of Working Together doesn’t quite sound like that. What it really sounds like is your new favorite album. You just don’t know it yet. 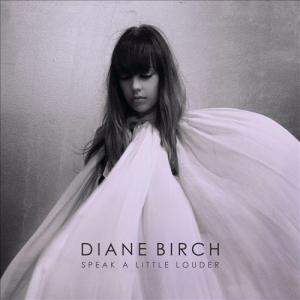 I don’t even know how to describe Diane Birch since she’s so stylistically diverse. This song sounds like it could have been on Madonna’s True Blue. Or on a Stevie Nicks album.

But Diane works outside of the box. Far away from the box. Don’t even show her a box.

So far, these recommendations seem weighted towards the 80s. Here’s another one. In this case, it’s mid to late decade UK.

Or maybe the Jersey Shore….I just discovered Minks are an American band. Life is all about making choices — so I’m going to choose not to believe that.

TV soundtracks aren’t always the best place to find songs, because unlike movies, television shows don’t want anything to distract from what you’re watching. They prefer music as wallpaper. But sometimes…  Okay, I’ll admit I first heard this song while watching Vampire Diaries.

This track rocks my socks in part because the lead guitar tone and the main riff sound exactly like a certain Paul McCartney song from 1971. So bring me some peanut butter, cuz this is my jam!

[Sadly this track is no longer available in its studio version. I could only track down a live version, so it will have to do.]

Mayer Hawthorne – Where Does This Door Go

Hawthorne is an R&B encyclopedia, and this album surveys 40 years of the genre while managing to sound like everyone and no one.