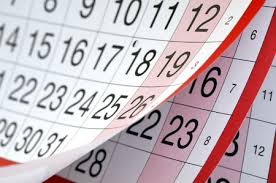 Yes, the music business takes a little siesta after the holidays, slowing down the new releases and gearing up for the Grammys, the first gala event of the season and the final goodbye to 2014. Things begin to pick up a bit as February rolls to the 28, and before we know it the big name releases resume in March, followed by the Rock & Roll Hall Of Fame inductions in April. The blockbuster singles of summer lie just beyond.

For now, there’s not a lot to write home about. Except, that is, for the unlikely trio of Rihanna, Kanye West, and Paul McCartney dropping an unexpected single into everybody’s previously quiet, post lang syne universe. This happened only a few weeks after Kanye and Paul released a somewhat unexpected single of their own which resulted in much OMGing and LOLing and assorted other acronyming.

Always nice to have a little excitement in January. So come on, February! Now let’s see what you can do.