Song Of The Week: “Hurt” by Timi Yuro 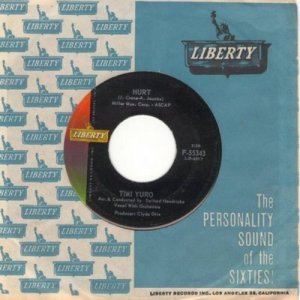 Some people survive history, and some are swallowed by it.

Unless you were present to hear the record go ’round, either on the portable player in your bedroom or while tuning the dial to your favorite AM station, you probably don’t recognize the name Timi Yuro.

No mainstream rediscovery or reappraisal of her music has taken place in the 21st century, despite the fact that Frank Sinatra hand-picked Yuro to open shows for him. Elvis Presley professed himself a huge fan and made sure to catch her whenever she played Vegas. And even Morrissey of The Smiths, more than 20 years after her peak, cited her as his favorite singer.

Not too shabby a bunch to count among your admirers. 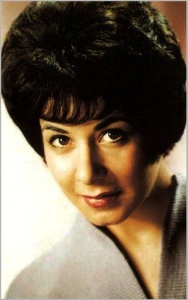 As a teenager in LA, Timi Yuro sang in the Italian restaurant owned by her family, and then graduated to local nightclubs (despite her parents’ disapproval and her underage ID). Signed to Liberty Records, for her very first single in 1961 Yuro released a cover of an old R&B ballad by Roy Hamilton, called “Hurt.” Turned out to be a wise choice. “Hurt” went Top 5 and was a bestseller on multiple charts.

Timi Yuro had subsequent hits but never matched the initial burst of success brought about by her first single. Elvis liked it so much he did his own version in 1976, one of the last hit songs he ever recorded.

One thought on “Song Of The Week: “Hurt” by Timi Yuro”