Sometimes you have to give the people what they want. In this case, I’m going to assume you all want to rock.

For most of this decade, synth-rock and folk-rock seemed to have their fingerprints over everything on the indie scene. But more electric guitar-oriented sounds began creeping in last year, and here in 2017 are flexing their muscles in anticipation of taking over. Now, I like synthesizers and acoustic guitars, but everybody needs a change of scenery. Time to walk right out of the machinery. 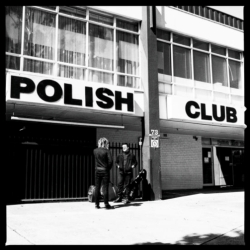 In a perfect world these guys would shift half a million copies of their debut and “Come Party” would be blasting through the open windows of every car on the street. As the Brits would say, this album is the tits. Better yet, since Polish Club hail from Australia: Bonzer!

What’s the music like? At times, like The Strokes had spent their formative years listening to Afghan Whigs and the Stax-Volt catalog. And despite sounding like a tight, multi-piece band, it’s just two dudes making this glorious noise. All ready? Alright!

What a splendid mash-up of sound these guys have going. Let’s just put some of what I hear into a list: The B-52’s, surf music, The English Beat, old spy movies, The Coral, garage rock, The Cure, Tarantino soundtracks, and probably a dozen more.

I love it when bands build the future by digging the past.

Creeper – Eternity, In Your Arms

Technically, they’re known as a horror punk band, but that puts Creeper in too tiny a box. To paraphrase Chief Brody, “You’re gonna need a bigger box.” A box that rocks!

Creeper are bit like The Darkness at a midnight showing of Rocky Horror. They’re fun. Damned fun. And damned good, too. 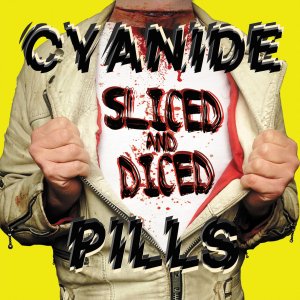 The first four tracks sound like early Clash and Buzzcocks, but just when you think you’ve got Cyanide Pills pegged as mere punk revivalists, their sound opens up and they throw everything they’ve got at you: glam rock, pub rock, mod revival, new wave, straight up rock ‘n’ roll. Hella catchy, too.

Note: Usually in these roundups it’s not a problem to narrow my choices down to two for each band. This time, however, I kept swapping songs in and out, wavering back and forth. So if one or more of these bands piqued your interest, here’s a little something extra from Polish Club, The Buttertones, Creeper, and Cyanide Pills.