Song Of The Week: “Brand New Key” by Melanie 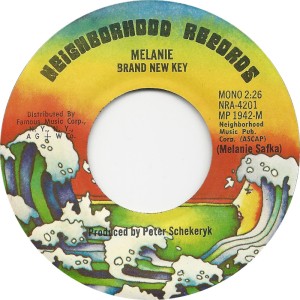 The novelty song. A blessing and a curse for singers who score a hit with one. Certainly the sales and the fame (and the money, y’all) are welcome, but if you’re a serious artist, that funny little song you wrote in 15 minutes will forever overshadow all your other work.

Melanie was born in New York City and later attended the American Academy of Dramatic Arts there. In the mid 60’s she began playing her acoustic guitar in the Greenwich Village folk clubs. By 1969, although she wasn’t prominent on the national scene, Melanie had made enough of a name for herself that the producers of the Woodstock Festival invited her to perform at the hippie pinnacle.

Her first Top 10 hit came a year later with “Lay Down (Candles In The Rain),” a song about her Woodstock experience. Then, in 1971, Melanie released the single which spun her to the top of the charts, the tune which record store clerks would come to know as “that roller skate song.” 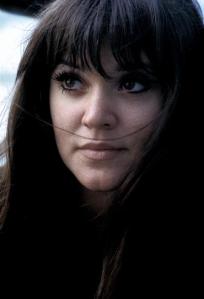 As the story goes, when a nearly month-long cleansing fast came to an end, Melanie passed by a McDonald’s and the powerful smell of childhood comfort lured her inside. As a vegetarian, she hadn’t tasted this food in a long time, and the burger, fries, and a shake transported her back to her youth, a time of roller skating, and learning to ride a bike, and eating at Mickey D’s. Her connection to that feeling led her to write “Brand New Key” later that day. A #1 song written in about 15 minutes.

(For those young ‘uns who wonder: back in olden times the wheels of skates weren’t built in to the shoes. The wheels came on a metal frame which you strapped to your own sneakers and then adjusted the fit by tightening or loosening the frame with a skate key.)

Melanie would go on to win Grammys and Emmys and all manner of critical acclaim, but to many she will always be the woman who sings that roller skate song. 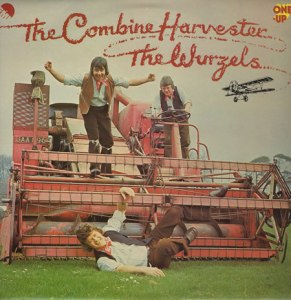 The Wurzels formed in the UK in the mid 60’s, singing comical ditties about their life in the West Country of England, a life that involved lots of cider and farming and many other rural frolics. They described their style as “Scrumpy and Western” (scrumpy being a strong regional cider), and cheerfully belted out their light-hearted songs while keeping their distinctive native accent intact.

After a decade of cult popularity, The Wurzels hit the big time in 1976 when “The Combine Harvester,” using the melody of “Brand New Key,” reaped, threshed, and winnowed its way to #1 in the UK.

2 thoughts on “Song Of The Week: “Brand New Key” by Melanie”