Song Of The Week: “Institutionalized” by Suicidal Tendencies 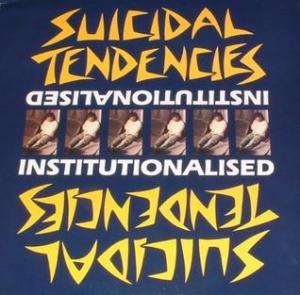 Sometimes a song doesn’t have to hit the Top 40 to influence a generation.

Welcome to the California hardcore punk scene of the early 80’s! As usual, when young people are bored, feel like an outcast, and fear the future, they distort some guitars, bash away at the drums, and yell at the top of their lungs. A group of bands mostly in and around Los Angeles started their own brand of noise by adding a little more speed, a little more anger, and a little more metal to the already raw 70’s punk sound. This is how you get groups with names like Black Flag, The Adolescents, Fear, and our guests today, Suicidal Tendencies.

Suicidal Tendencies formed in 1980 so that local parties could have a live band. They received an increasing number of invitations to play over the upcoming years and started recording some demos. Despite a local punk publication voting them the worst band around in 1982, they quickly improved and were voted best band in 1983. An indie label called Frontier signed them up and Suicidal Tendencies began the process of recording their debut. 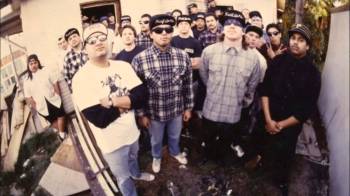 The first single was the tale of a misunderstood teen whose parents send him away for psychological help when they confuse his “acting like an angsty teenager” for “acting like a psycho.” The song was called “Institutionalized” and it played frequently on L.A. radio despite not exactly being radio friendly. It was also one of the first hardcore punk songs to gain exposure on MTV, and a who’s who of metal and rock bands have noted its influence, from Metallica to Green Day to Anthrax to Rage Against The Machine.

So ask your mom to get you a Pepsi and let’s hear Mike’s tale.

Any of you who follow this blog will know that a.) this isn’t my usual style of music and b.) I was 8 years old when this song came out. My ears were too busy with Michael Jackson and Billy Joel, so “Institutionalized” didn’t cross my path upon its initial release. The hardest music I listened to at the time was the pop-metal of Def Leppard and Quiet Riot, but you could sing along with those tunes.

Fast forward to 1995. One of the music magazines I relied on for recommendations raved about a group of fellas called Black Velvet Flag who performed lounge versions of hardcore punk songs (this is still five years before Richard Cheese did something similar). Taking a chance, I bought the album and immediately loved “Institutionalized.” In this incarnation, it’s surprisingly catchy. It made me want to find the original song. And that’s how I learned about Suicidal Tendencies.