Nothing but solo albums this time around. No bandmates out there for protection. It gets mighty dangerous walking the mean streets and the lonesome prairies with only a microphone and a dream. Let’s round ’em up.

An aggressively 80s album from the frontman of The Killers. Whereas most bands mine a thin seam for their throwback to the Reagan era, Flowers strip mines the decade (but he strip mines with love), from the fonts used on the cover to the electronic handclaps to every classic synth sound you can think of.

If the desired effect is “awesomeness,” then mission accomplished.

Flowers even breaks out a barely-makes-sense 80s-style video: 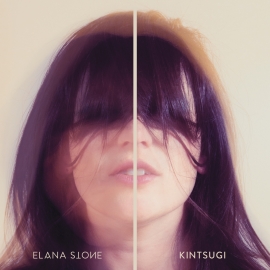 What are the odds that two albums called Kintsugi would be released within one month of each other? I would say pretty freakin’ small. (By the way, this is the one to get.)

From what I gather, Stone went to school at a music conservatory in Australia and trained as a jazz singer. She’s apparently decided to head off in a different direction for this record, and I for one applaud her internal compass.

Psych-rock has seen a resurgence over the last few years with bands fuzzing up their guitars and getting totally lysergic with everything else.

Cohen visits the less trippy side of psych-rock sonics with atmospheric guitar, bouncing McCartney basslines, and the occasional majestic keyboards.