Song Of The Week: “The Sweater” by Meryn Cadell 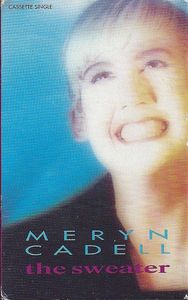 Sudden fame always comes as a shock. Probably doubly so for poets who find themselves with an unlikely radio hit.

Meryn Cadell got her start in the mid to late 80s on the small stages of Toronto, performing her own unique blend of songs and spoken word. Without a band — and sometimes using a piece of heating duct over her head for some DIY reverb effect — Cadell was likely destined for the Bohemian fringes, but she wrote catchy pieces and developed a compelling style of vocal delivery. Even so, no one — least of all Cadell — was prepared for the success of “The Sweater.” 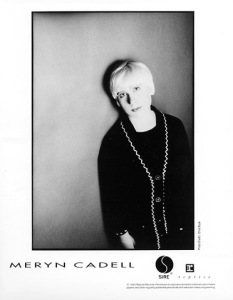 Using a sample from an old, funky, easy listening tune for the backing, Cadell recites a wonderful tale of camping, unrequited teenage love, and winter wear. The song unexpectedly hit the Top 40 in Canada in 1991, and gained frequent airplay at college and alternative stations when released in the US the following year, especially in New York. Her album, Angel Food For Thought, was by turns witty, clever, jazzy, and dark, and put to good use everything she had learned after years of performing.

So cozy up with one last wintry tune. And put on “The Sweater.” It will warm you in all the right places.

3 thoughts on “Song Of The Week: “The Sweater” by Meryn Cadell”