Song Of The Week: “Ah! Leah!” by Donnie Iris 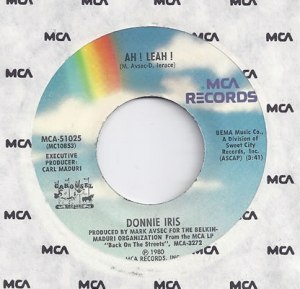 Sometimes you have to let a song go where it wants to go — just sit back and let it do what it do, like a raging river, or a honey badger. Honey badger don’t care.

Let’s take a few minutes and visit with Donnie Iris. Donnie’s no stranger to writing a hit. As a member of the group Jaggerz, he penned “The Rapper,” a #2 smash in 1970, and later that decade joined popular funk rockers Wild Cherry (albeit only after they struck gold with “Play That Funky Music”).

At the dawn of the 80’s, Iris decided to launch a solo career and brought along fellow Wild Cherry alumnus Mark Avsec as his writing partner. During a songwriting session for their first record together, the two were jamming in Iris’s basement with the intention of composing an anti-war song. For the hook, Avsec came up with some nonsense syllables that sounded like a Gregorian chant. Iris noted that it sounded like he was singing a girl’s name — a girl named Leah. 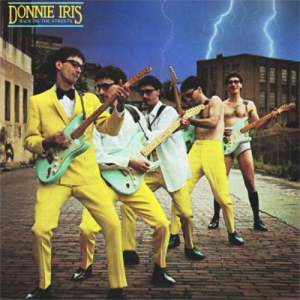 After hours of trying to bend the song to their will, that observation quickly turned their “no more war” song into a “battle of the sexes” song in which a love so right turns out to be oh, so wrong…or a love so wrong is oh, so right…I’m not really sure — Leah is ineffable.

Released as a single in the fall of 1980, “Ah! Leah!” hit the charts and soon became a rock radio staple. Iris had a few more songs in Top 40 rotation before his style of hooky guitar pop fell out of fashion, but he and Mark Avsec are still musical partners to this day, keeping the flame of rock burning for those in need of a fiery beacon.

So gather up your exclamation points, open wide, and say Ah!