Song Of The Week: “Girlfriend” by Matthew Sweet 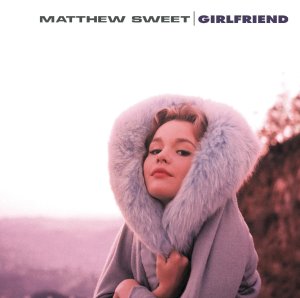 Most artists will tell you they don’t necessarily need pain and anguish to write great songs. And that’s true…

But it sure helps.

Matthew Sweet was born to rock & roll. During his teens he spent countless hours recording songs on a portable 4-track at his home in Lincoln, Nebraska, and he played guitar and sang in a number of bands both there and later in Georgia, where he ostensibly moved to attend college. But the world of music had other educational plans for Mr. Sweet.

Based on his musical exploits in Georgia, Columbia Records signed Sweet to a solo deal in 1986. His debut album contained good songs marred by the heavy use of 80’s production techniques. His second album was similar but didn’t even have the good songs. It was time for a change, and Sweet set about recording raw, stripped down demos in his living room, and when it was time to hit the studio, he insisted the music should be as direct as possible, with bare bones production.

At the time, Sweet and his wife, whom he’d married at the tender age of 19, were separated, and soon to be divorced. He poured all of his frustrations and pain and anxieties about his crumbling marriage (as well as his failing music career) into the writing and recording of his third album, originally titled Nothing Lasts, but changed at the final minute to Girlfriend.

Girlfriend is generally considered by people who consider these things to be one of the greatest power pop albums ever made, and one of the defining albums of the 90’s. But it almost didn’t rock its way into the wide wide world. The music wasn’t at all like anything on the charts or the radio at the time and no label wanted to release it. A new company, called Zoo, reached a verbal agreement but the deal fell through when the label owner changed his mind. A few weeks later, the owner stopped into the office of one of his staffers and asked about the kick-ass music blaring through the speakers. It was Matthew Sweet’s Girlfriend. The owner signed him immediately.

The title track doesn’t sound anguished, but that’s what it needed for inspiration, for the breath of life.  A little pain, a little rain, a little something you can’t explain …. that’s one way to create a classic.

3 thoughts on “Song Of The Week: “Girlfriend” by Matthew Sweet”