Music writer Rob Sheffield once noted that Paul McCartney is the only Beatle you can mention in a bar to start an argument.

People blame him for breaking up the band (unfairly) or for making records that didn’t live up to his 60’s legacy (still unfair, but more understandable) or for filling the world with silly love songs (what’s wrong with that?). People love John for his sarcastic quips and his unvarnished honesty. They love George for his laconic wit and his underdog status within the group. They love Ringo because everybody loves Ringo.

I should mention here that Paul McCartney is my favorite solo artist. You wanna fight now? Let’s throw down.

He writes melodies as catchy and memorable as anything by Cole Porter, Gershwin, or Mozart. His basslines are the grooviest counterpoints since Bach. He may be the most gifted arranger of songs ever, relentlessly surprising and innovative. He is wildly experimental when it comes to musical styles and production. His lyrics … contain many nouns and verbs.

Has he written a lot of less than great songs? Oh, hell yes! But you try writing 300 songs and make them all into “Hey Jude.” Even his worst tracks have something to recommend them, whether it’s an indelible melody, or a catchy hook, or a stunning arrangement. And that’s why I love his music. I love catchy, and I love surprising, and Paul can do those in his sleep. Which is sometimes the problem.

Occasionally, music comes too easily to Sir Paul, and charges of laziness are certainly warranted (smoking veritable fields of weed for decades didn’t help). But when he turns it on and turns it loose, no one in pop-rock can touch him.

So climb on the back and we’ll go for a ride in the sky. Bip bop, bip bip bop. Here’s the least you need to know:

Ram  (1971)  The first proper studio album of his solo career. Every trick he knew he threw into Ram. Critically savaged at the time, it’s now considered a classic, a forerunner of the indie rock sound. 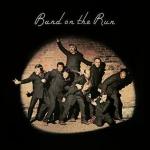 Band On The Run  (1973)  One of the few times Paul’s critical and commercial success peaked at the same time. A lean, mean collection of polished songs, all the more impressive since two band members quit the week before the recording sessions, McCartney had to play all the drums himself, the studio in Nigeria was barely operable, and the demo tapes were stolen when Paul was mugged shortly after arriving.

Wingspan  A collection of hits and history from his most popular Wings and solo years in the 70’s and 80’s. The best distillation of his classic period.

The aforementioned are the very least you need to know, but I’m going to throw these in as well: 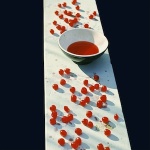 McCartney  (1970)  Paul as one-man band. A charming, homespun collection. The antithesis of the slick and grandiose production heard on Abbey Road the year before.

McCartney II  (1980)  Paul as one-man band. With synthesizers and drum machines! His most divisive album, which means you have to know it if you want to talk serious McCartney with someone.

Tug Of War  (1982)  A focused and heartfelt record in the wake of John Lennon’s death.

7 thoughts on “The Story: Paul McCartney”