Song Of The Week: “Our Day Will Come” by Ruby and The Romantics

The Buckeye State also gave birth to quite a few people of note, among them: Thomas Edison, Toni Morrison, half a dozen US presidents, and Nancy Cartwright (the voice of Bart Simpson).

When speaking of music, though, nobody’s first thought is Ohio (despite Ian Hunter’s insistence that “Cleveland Rocks”). Sure, the state houses the Rock & Roll Hall of Fame, as well as Billboard, the keeper of the charts, but coming from Dayton or Cincinnati doesn’t seem to enhance your coolness factor as much as, say, Seattle or Boston.

However, a dazzling and diverse array of musical Midwesterners were born and raised and hit the stage in Ohio before finding fame and fortune in the rest of the world: Dean Martin, Devo, The Isley Brothers, Chrissie Hynde of The Pretenders, Nine Inch Nails, Ohio Players, Guided By Voices, The Raspberries, Bootsy Collins, The Black Keys, The O’Jays, and many, many more. Including our guests today, Ruby and The Romantics.

Ruby Nash hailed from Akron and used to sing with her sister and some friends at record hops, supermarket openings, parades, anywhere they could find a gig. Another group asked Ruby to sit in with them on occasion and when Kapp Records from New York offered an audition, she sang lead. They got the deal. Their new producer suggested changing their name to Ruby and The Romantics and the hunt for their first single began. 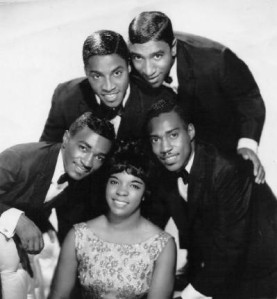 The group heard the demo of an unrecorded song called “Our Day Will Come” and thought for sure it could be a hit. The owners of the song, however, wanted an established singer (in this case, Jack Jones, who later sang the Love Boat theme — welcome aboard, it’s loooove!) to record the track, not some unknown R&B group from the middle of nowhere Ohio. Ruby and The Romantics persuaded everyone to give them a chance, and they proceeded to record two versions, one a straight-ahead R&B ballad, and the other a light bossa nova with a chiming Hammond organ solo.

Whoever decided on the second version, chose wisely.

Released as a single at the end of 1962, “Our Day Will Come” topped the US charts in March of 1963, and Ruby and The Romantics became the first Ohio natives to score a #1 during the rock & roll era.

So look at the world through Ruby-colored glasses. Think love, and wear a smile.