Song Of The Week: “Runaway” by Del Shannon

The early 1960’s are often overlooked in the annals of rock & roll, falling as they do between the iconic founding fathers of the 50’s and the chart-dominating Motown and British Invasion acts of the mid-60’s. It seemed as if popular music couldn’t decide which direction to take during these years as jukeboxes were filled with a mix of girl group pop, crossover country, ersatz rockers like Fabian and Frankie Avalon, the beginnings of surf rock, and a number of novelty hits.

One man kept the torch of rock & roll burning during these lean times, although he almost didn’t manage to ignite the flame in the first place.

Charles Westover grew up in Michigan where he learned to play the ukulele and the guitar by listening to country and western records. In the late 50’s he supported himself as a carpet salesman and truck driver while playing in bands on the side, until he eventually met keyboardist Max Crook — who had invented his own proto-synthesizer, which he called a Musitron — and the two began writing songs. Thanks to a local DJ with connections, they managed to score a deal with a small label and Westover adopted the stage name Del Shannon. 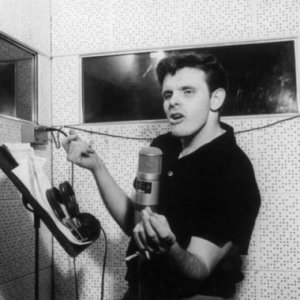 Their first recording session in New York produced nothing usable and a dejected Shannon returned to Michigan. Luckily, their friend the DJ suggested they rework one of their early songs, titled “Little Runaway,” and make the unique sound of the Musitron a more prominent component. Shannon and Crook returned to the studio in New York with their retooled and retitled song and knocked out the final version in a day.

The track is an object lesson in how to deploy hooks: from the opening guitar licks, to the alternating smooth and rough vocals, to the falsetto “wah-wah-wonders” and “why-why-whys,” to the repetition of “run-run-run-run runaway,” to the novel sound of the Musitron solo. This is how you build a hit.

Released as a single in February of 1961, “Runaway” shot straight to the top of the charts in both the US and the UK. Shannon kept releasing albums for the rest of the decade but never matched his massive debut single, and by 1970 had turned himself into a successful producer and arranger (for instance, with Smith’s “Baby It’s You”).

So take a walk in the rain, and wah-wah-wonder … with Del Shannon.

2 thoughts on “Song Of The Week: “Runaway” by Del Shannon”