Song Of The Week: “Have A Little Faith In Me” by John Hiatt

Hey, we haven’t done depressing in a while. Let’s do one of those!

John Hiatt’s “Have A Little Faith In Me” emerged as a rom-com staple in the 90’s and 00’s, but the background story is much darker than the lighthearted tales this ballad came to grace.

Hiatt signed on as a staff songwriter for a music publishing company at the tender age of 18 and spent the early 70’s writing and recording hundreds of mostly unsuccessful demos. He finally struck it big in 1973 when Three Dog Night took one of his songs into the Top 20, which led to a recording contract with Epic. As often happens, however, Hiatt fell into the critically acclaimed/commercially ignored category, which then led to him being dropped by Epic. It wouldn’t be the last time a record label dropped him.

In the late 70’s and early 80’s, Hiatt recorded a number of stylistically diverse and inconsistent albums for MCA and Geffen. Unfortunately, along with his music, he was also investing a lot of time in drugs and alcohol, and neither MCA nor Geffen chose to extend their relationships with him. His marriage was breaking down, as well, and with both his personal and professional life in shambles, Hiatt knew he had to fix things. He got himself clean and sober, and began to write. 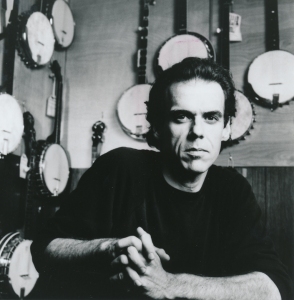 With no money and no label, a rehabilitated Hiatt went to a friend’s studio to record demos of his new songs. The first song he chose to work on to begin this new era was “Have A Little Faith In Me,” a plea to his estranged wife (although it could also be taken as a request to the universe, to the music industry, to his fans, his friends — everyone, really). The original plan was to have a full band arrangement, so Hiatt recorded a piano and vocal demo and then prepared to overdub drum loops and other instrumentation. That’s when the weirdness started: strange noises on the tape, inexplicable glitches, breakdowns. Nothing at all worked like it was supposed to. He and his friend spent the entire night trying to fix the problems but finally gave up with the demo unfinished.

The next day Hiatt found out that his wife had killed herself while he was in the studio trying to overcome the mysterious malfunctions. He took it as a sign that he should leave the track alone, a naked and honest performance, just himself and a piano. And that’s exactly what he did when he went back for the final take. No ghost in the machine for that recording — only a ghost in his heart.

“Have A Little Faith In Me” appeared on 1987’s Bring The Family — Hiatt’s most critically acclaimed and commercially popular album at that time — and soon became his signature song, covered by dozens of artists and appearing on many a soundtrack (his other most popular song, “Thing Called Love,” notably covered by Bonnie Raitt, also appears on this album).

So from a whisper start, to have a little faith … in John Hiatt.