I hope y’all are ready for waves of new music. Ride it out as best you can.

Is it rock? Is it R&B? Who cares? It’s insane that this is their debut.

Do you like guitars? Of course you do. Then groove to this. Indie Americana.

This sounds amazingly like a lost 10cc album (if 10cc had incorporated more glam rock — a little T. Rex and Roy Wood). Except when they sound like Cheap Trick.

Taking inspiration from early rock & roll ballads, SadGirl sound like no one else. Extra points for saxophones. I really want saxes to have a resurgence. 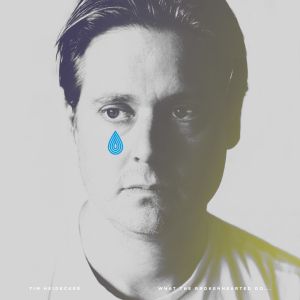 Tim Heidecker – What The Brokenhearted Do…

Heidecker is a comic who also happens to be a fine songwriter. When some internet trolls started a (false) rumor that he was getting a divorce, he decided to write a fake divorce record which sounds like a cross between Randy Newman and Harry Nilsson.