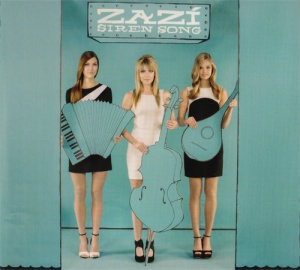 Let’s take a trip to the Netherlands. The Land of Orange. Bicycling capital of the world. How can you help but love a country known for old-world windmills, fields of multi-colored tulips, and the marijuana Olympics? (Unsurprisingly, the Netherlands routinely ranks in the top 5 for “world’s happiest country.”)

Now we have Zazí — another fine reason to support the Dutch. (I assume that’s where the trio hail from. They sing songs in six different languages, but their website is written in Dutch. So even though their bio doesn’t specify, at least one or two of them has to be a native.)

Sabien, Dafne and Margriet actually met in Paris on the steps of the church known as Sacré-Coeur. A mutual friend brought them together thinking they might all share a musical kinship. He proved right. It didn’t take long for the trio to begin harmonizing on an old French drinking song and the chemistry was apparent to everyone. They parted ways that night but kept in touch. A couple of years passed before they decided to unite formally under the name Zazí. 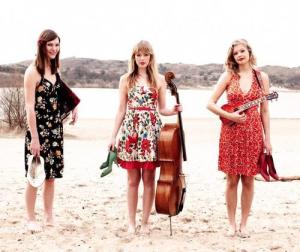 Next thing you know, they’re performing for Queen Beatrix (of the Netherlands), soundtracking European fashion shows, and accepting invitations to perform in Canada by one of the founders of Cirque du Soleil. During breaks from their busy concert schedule, they also managed to get into a recording studio. Siren Song is their full-length international debut — an album described by the group as “quirky folk-pop.” That’s accurate, but may undersell what they can do. (Their first two singles—as seen below—are also their most straightforward pop songs.)

As their website cheerfully commands: Be seduced by Zazí!

Zazi – All You Need

Zazi – Turn Me On

Zazi are nothing if not eclectic, especially in concert, where they cover a variety of artists: they perform a Norwegian spin on Harry Chapin’s “Cat’s In The Cradle,” a jazzy take on The Offspring’s “Pretty Fly For a White Guy,” and a surprisingly funky version (considering accordion is one of the primary instruments) of Eve’s “Let Me Blow Ya Mind” . . .