The Story: Tom Petty & The Heartbreakers

The beating heart of American rock & roll for 40 years.

If (sorry, when) aliens land on Earth and demand to hear the rockinest guitar pop of the late 20th century (what else would they ask for) lest there be war between worlds, the savage, gelatinous beasts will surely be soothed by Mr. Petty and his hard-rocking, hit-making Heartbreakers. All will rejoice as apocalypse is averted and the planet’s population joins together for a chorus of “Free Fallin'” with our new alien pals.

Petty and his band hailed from Florida, where they grew up on a steady diet of British Invasion radio hits, American folk-rock, and fuzzy garage-pop. All of these influences served them well and, after years of playing bars and clubs, they had a tight band, even tighter pants, and a collection of songs with hooks sharper than a gator’s teeth.

In 1974, Petty and Co. (then known as Mudcrutch) packed up their band, their pants, their dogs, and their songs into a couple of trucks and a station wagon and headed to Hollywood. They had record offers almost immediately, and within a few years had swapped out 1 or 2 members, changed their name to The Heartbreakers, and conquered the charts, the radio, and the world.

Over the years, Tom gained notoriety not only because of his songwriting chops and his knowing smirk. He also embodied the rebelliousness of rock & roll when he went to war against the giant record companies, not once but twice. In one case he was threatened with the possibility of never recording again. Petty said he would sell peanuts rather than subject himself to the record company’s unfair practices. He wasn’t bluffing. The record company surrendered.

Tom Petty & The Heartbreakers  (1976)  A blast of fresh air sweeping across the stagnant rock scene. Lumped into the New Wave simply because, as Petty said, they weren’t the Old Wave.

Damn The Torpedoes  (1979)  Full speed ahead and to hell with the consequences. Intense pressure plus time equals diamonds aplenty. The culmination of years of hard work and the biggest album the group would ever make. 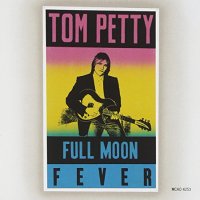 Wildflowers  (1994)  Another solo album (although all the Heartbreakers play on it). Petty’s most mature and critically acclaimed work, full of electric rockers, sweet ballads, and everything Tom does best.

Greatest Hits  One hit after another, bam bam bam. Pure Petty – concentrated, unadulterated. If you had any doubts about the greatness of Tom & The Heartbreakers, this album will erase them.