In the words of the Immortal Bard (of music, not plays): “It’s getting dark, too dark to see.” The days are shortening into blink and you’ll miss it lengths, while the nights stretch out like star-filled silly putty.

Meanwhile, the last releases of the year are trying to get in just under the wire — in time to land beneath the tree, and land on top of the Best Of 2017 lists.

Sharon Jones & The Dap-Kings – Soul Of A Woman

Heartfelt, retro R&B that doesn’t sound dated at all. The soul of Sharon Jones is timeless. 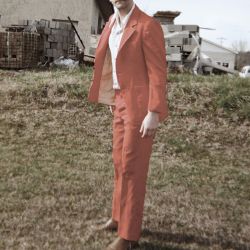 In a surprise move, Noel makes the least Oasis-y record of his career and ends up with a rollicking record of Britpop as filtered and compressed through a mono-esque, Spector-ish Wall of Sound.