Song Of The Week: “Such Great Heights” by The Postal Service 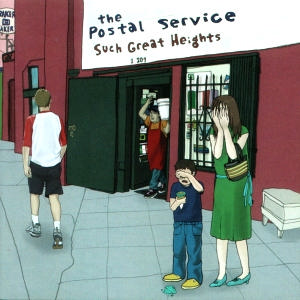 When it comes to social distancing, The Postal Service was a band way ahead of its time.

In 2001, Ben Gibbard, lead singer and songwriter for Washington indie rockers Death Cab For Cutie, collaborated with electronic artist Jimmy Tamborello on a song called “(This Is) The Dream of Evan and Chan” for Tamborello’s main musical project, a one-man enterprise called Dentl. The song’s popularity led to a number of remixes and the duo decided to explore writing together again.

Couple of minor problems with that plan.

First of all, the two guys lived about a thousand miles apart. And secondly, Gibbard already had a pretty intensive full-time gig with his current bandmates. Death Cab For Cutie had recently released their third album, their most successful to date, and the band had commitments — touring, publicity, being adored by indie-loving teens. As a result, Gibbard and Tamborello decided on a new-fangled process of writing together by utilizing an old-fangled method….the US Mail. 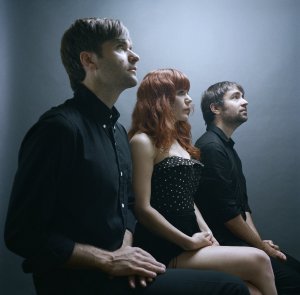 Tamborello would write and record the music, lick a bunch of stamps, and send the results to Gibbard, who would then add melodies, lyrics, guitar and other instruments, and then mail the whole shebang back for further tweaking. In this manner, an entire album was written over the course of 2002. They named themselves The Postal Service (for obvious reasons) and soon became a trio when they asked Jenny Lewis from the band Rilo Kiley to add vocals and become a full-fledged member.

Released as a single in January of 2003, “Such Great Heights” became an indie-rock classic and the group’s debut album (and only album to date) went on to sell over a million copies. Pretty good for a bunch of songs written and recorded separately.

Everything looks perfect from far away, so stay (inside) … with The Postal Service.