Roundin’ Up The Raves: Panic! At The Disco, Dylan LeBlanc, Chairlift, The Besnard Lakes

I realize that statement would have been more apropos four weeks ago, but here at The Clock it often takes a little time before we’re able to break out that “Welcome” statement while fervently wishin’ and hopin’ and thinkin’ and prayin’ to accumulate enough new releases worth recommending. It can sometimes take months.

In the past, January and February have been like Model T’s slowly being cranked to life.  This year, however, has taken off like a DeLorean fueled by 1.21 gigawatts of pure awesome!  Let’s round ’em up.

Panic! At The Disco – Death Of A Bachelor

Over the course of 10 years and 5 albums, Panic! has whittled itself down to one original member: lead singer Brendon Urie. But the man gives it everything he’s got on this gloriously messy mashup of an album. I can’t think of too many bands that mix elements of Queen, Sinatra, and Squirrel Nut Zippers, but mix them Urie does, then fries it all up and serves it to you hot.  Go get it; be entertained.

[I’m presenting his 2 Sinatra-inspired tracks, even though they’re in no way representative of what the rest of the album sounds like. But they’re my favorites, so grab a martini and enjoy.]

Mmmm. Take some Joe Pernice and add some Ray Lamontagne, with hints of Dawes, and soft notes of Sam Roberts.

Since we last saw them in 2012, Chairlift have gone from strength to strength, working with, among others, Lady Beyonce herself. And now the synthy duo deliver their finest concoction of moody and magnificent pop yet.

Some adult moths don’t have mouths. All the better to shut up and dance! 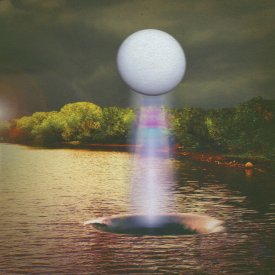 Like a trippy Ike and Tina: bringin’ it smooth, bringin’ it rough. Rollin’. Sweet and spiky psych-rock from Montreal.

Now just let it melt in your mind.

7 thoughts on “Roundin’ Up The Raves: Panic! At The Disco, Dylan LeBlanc, Chairlift, The Besnard Lakes”