Song Of The Week: “Mirror In The Bathroom” by The Beat 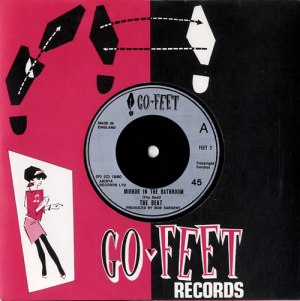 Hey, remember The Beat from a few weeks ago? Well, here’s the other The Beat, the famous one, the one that no one in North America knows by any name other than The English Beat.

Let’s travel back to the late 70’s, shall we, where punks in the UK spent their off hours absorbing a great deal of influence from the Jamaican ska and reggae records which had skanked their way across the Sceptered Isle for the previous twenty years. That influence affected everyone, from rockers like The Clash and The Police, to pop groups like 10cc, to experimental bands like Public Image Ltd.

Other musicians decided to make their love of Jamaican music more overt, and thus was born the UK ska revival, commonly known as Second-Wave Ska, or sometimes, Two Tone Ska, named for the record label that housed most of these artists.

The Beat formed in Birmingham in 1978 and released their debut single the following year, an uptempo ska version of “Tears Of A Clown” by Smokey Robinson and The Miracles, which hit the Top 10 just in time for everyone’s Christmas party and served as the perfect launching pad for their darker 1980 single, the one that appeared to be about cocaine but is, in fact, about a mirror. 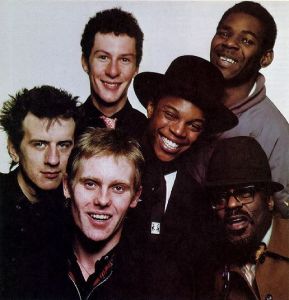 Singer Dave Wakeling worked at a construction site in order to earn the pound notes necessary to support his musical lifestyle. One cold winter morning he arrived in the bathroom to shave before heading out to the site only to find he’d left his soaking wet, dirt-covered work pants, his only pair, crumpled up on the bathroom floor overnight. He stared deeply into the mirror as he waited for the tap water to heat up, contemplating how much he truly didn’t want to go to work, and as he deeply stared he thought about self-involvement, narcissism, and isolation – as one does when staring at oneself in a mirror with a deep sense of ennui and with wet trousers in one’s future.

As he dragged himself to work later that morning, Wakeling thought of people staring at different reflective surfaces: glass restaurant tables, storefront windows, and bathroom mirrors, of course. A few chords later and out came “Mirror In The Bathroom.” By the time of its release in the spring of 1980, when it became The Beat’s third Top 10 single, Dave Wakeling would never have to work construction again.

As noted a few weeks ago, because of a band in the US who had prior claim on the name in North America, The Beat from Birmingham became known as The English Beat on all of their releases. At least until 1983, anyway, when The Beat split up into General Public and Fine Young Cannibals, both of whom found success with classic radio pop hits in subsequent years.

Let’s see what a little self-reflection brings. Bounce the light…with The Beat.